Looking back at 15 years of Tweets in a few charts

Last Wednesday, Twitter reminded me it was my 15th anniversary. It seemed a bit surreal; 15 years is a lot of time. Considering I’m turning 45 soon, I’ve had a Twitter account for one-third of my life.

It felt momentous. I had to mark the occasion somehow. And being a data analyst, I decided to analyze some data.

Getting the data isn’t hard. It just takes a little bit of patience. You can head over to your profile and request an archive of all your data from Twitter. After a waiting period (I had to wait about 24 hours), you’ll receive a big zip file with everything you ever tweeted. The archive includes a nice HTML renderer that allows you to browse your Twitter history locally.

The archive shows you the big numbers at a glance:

Almost 14K Tweets in 15 years mean less than 1K Tweets per year and less than 3 Tweets per day on average. That sounds about right. But let’s take a look at calendar years.

In the chart, each bar represents the total amount of Tweets sent during each calendar year. I know we’re talking about 15 years, and there are 16 bars, but that’s because I didn’t have the foresight to start my Twitter account on January 1st.

You can also note that I stopped tweeting during the pandemic years.

I included in the chart the number of Retweets I sent. I was surprised that I didn’t send a Retweet until 2009. And even then, I’ve never been much of a Retweeter.

I decided to aggregate the data into smaller bins and see if any exciting patterns would reveal themselves. This is what data analysis is all about, right?

Here’s a heatmap of Tweet volume by year and month.

Not many exciting patterns to see here, except perhaps that I tend to tweet more in the second half of a year. Except for March. Also, though it’s fair to say that I didn’t tweet much during the pandemic, it’s even more evident here that by 2019 I wasn’t tweeting much either.

Now, let’s look at volume by day of the week.

Now here’s something I suspected: I’m a work-day tweeter. Even in the busiest years, I send most Tweets between Monday and Thursday. Even Fridays are less active.

Finally, let’s look at volume by the hour of the day.

I am a morning person. And most of my Tweets are sent before noon! Though 3 PM was also a busy hour in 2014, that wasn’t the norm for the rest of the years.

Twitter’s most salient characteristic was its limited format: you only had 140 characters to express yourself. How did I use that real estate?

Turns out, I’m a very succinct tweeter. In the chart above, each dot represents the length of a Tweet I sent. This doesn’t include Retweets.

The boxplots show the median length of my Tweets going up until 2016 when it reached about 100 characters.

In 2017, Twitter relaxed the 140 characters restriction, and I took advantage of the extra room for some longer Tweets. However, the median length went down!

By the way, do you remember why Twitter had that restriction in the beginning? If you do, let me know in the comments below! Don’t Google it until after you wrote your comment!

But what was I talking about?

This is all good and fine. I know when I tweeted and how long those Tweets were. But what were those Tweets about?

To answer this question, I looked at the word frequency of the text in all my Tweets, excluding Retweets. I selected the top 10 most common words from the entire period and added the most common word for each year. Here’s what that looks like.

Here are some observations.

Looking forward to the next 15 years

There is a chance that, when I’m about to turn 60, if I’m still around, I may take a look at the previous 30 years of my Twitter activity! What will I find then?

Until then, why don’t you Retweet this? 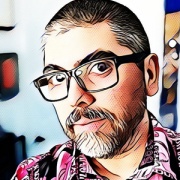 Leveling Up My IndieWeb Game

I also wrote about coming to #Mastodon here:

mastodon On moving to Mastodon

@borghal I quit Facebook many years ago and just deactivated Twitter today. Instagram, owned by Meta (Facebook), is the only popular social media I currently still use.. It doesn't feel "right" using Instagram since a while knowing how much it has changed. I'm aware it's only a matter of time for the day to come to leave Instagram.

@borghal I feel the same way. I did it with Facebook and Instagram years ago, so it wasn't that hard this time. Besides the Mastodon instance I'm using is everything I've ever wanted in a social network.